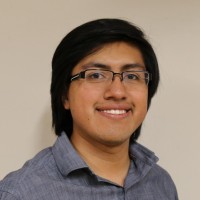 Today we were running a workshop to a group of young entrepreneurs at Impact Hub Antigua. Each of these young men represented a tourism project being developed in their communities.

The workshop focused on Social Media, a quick view of the most widely used platforms, and wich should they focus as a turism company. There were provided some specific advice on how to create high quality content exploiting available resources.

Since it was a Social Network workshop, I took the liberty to invite my good friend Jorge Carlos, director of advertising and communications at WOWProjects. He has managed several successful accounts in different markets and his contribution to the workshop was essential.

The event organizer, Mario Torres Herrera, is conducting a research to understand if international travelers going to Guatemala are willing to visit less explored communities, or off the tourist trail, and acquire tourism products and services at these locations.

Special thanks to Mario Torres, for giving us the opportunity to provide this workshop, we will keep in touch with these projects that expose interesting places of our beatiful Guatemala

Young Entrepreneurs and the Fight Against Poverty

On 23, 24 and 25 of April took place the first “Symposium of Young Entrepreneurs and the Fight Against Poverty” organized by the Instituto Fe Y Libertad

Instituto Fe Y Libertad is a non-profit organization created in 2014 whose mission is to promote individual freedom and the Judeo-Christian principles that lead to human development.

Among the topics discussed in the Symposium were:
“What qualities distinguish the entrepreneur from the other economic actors?”
“Wealth is discovered and appropriated, or created?”
“Could be entrepreneurs the poor?”
“How a leader entrepreneur combines his beliefs with his work?”
“Is the entrepreneur required to be charitable?”
“What is justice?”

It was my first approach to a symposium and to some economics, politics and religius topics. Although at first I was intimidated with the readings, it was an activity in which I learned a lot; also it aroused my interest for various topics that, were it not for the Symposium, I had not considered.

I had the opportunity to meet may entrepreneurs with different backgrounds and an opinion to share.

It is interesting to listen and understand the way people see the world; and that regardless of the political, social or economic ideology, the desire for a better future for our country and the world unifies us.
From now on I will follow closely the activities of the Institute, and I hope in the future to re-engage with a little bit more to contribute.

Here are some pictures of the event:

My new mean of transport!

Part of my time is spent supporting an NGO based in Chimaltenango whose aim is to support women’s organizations in rural areas. It offers advice at every stage of their projects so that they can achieve their goals effectively.

As part of my duties, I visit communities where some of our women members live. One way of saving resources and easily access to those communities is by making use of a motorcycle instead of a 4×4 vehicle, that was the main reason that prompted me to make the purchase.

I remember as a child my father and I used to tour various several places on his motorcycle. If I didn’t have to visit remote communities I would never have thought about buying a motorcycle, but always existed within me the desire to have my own venture by Guatemala in two wheels. Mymom does not like the idea much, and she is right, it’s safer to drive a car.

I am happy that I finally got my own motorcycle, I still fear I have to drive in the city but I hope that I would get used to it.

I would not like to reveal the motorcycle I acquired yet, although the photos I publish will reveal it latter. I am only saying that it’s a dual-sport bike, I was interested in one that will perform well in both highways and dirt roads. It has a 4-stroke engine and 250cc which generates a power of 24 horses at 8000 rpm; that’s more than enough for my taste.

I have not had the chance to venture on a long journey and I´m still finishing to break it in, and also because I got the plates and registration certificate yesterday.

This is the first post of many others to come about my experience on a motorcycle and some tours I ride. It will be also my first experience handling a motorcycle so I would appreciate any suggestions or comments about it.

To create a lifelong friendship takes a lot of dedication. Share my food, my bed and even my girlfriend. Scolding him when he deserves even if he turn the face of “I didn’t do it”. Take him out for a walk and even on vacation. Cudle him, to be with him whe he feels bad, take him to the vet, bath him, buy him toys and lots of food because hi is still growing. Wake up early from his licking, find my car fill with his hair … all this to realize that he is not my pet…but my best friend.

*The picture is about us hiking the Pacaya Volcano.

I love dogs and I had always wanted to have my own dog, unfortunately my mom didn’t share the same feeling, it was not because she doesn’t like dogs but because she knew I wouldn’t be responsible for it. I realize now that she was right since it takes a lot of work to raise a dog, But I decided to take the risk five months ago and it was totally worth it.

About 7 months ago one of my best friends who lived next to my apartment told me she wanted to get a puppy, I remember I was so excited with that idea, we were really close friends so even though that wouldn’t be my puppy I would had the chance to see the puppy growing up.
I start asking some friends if they knew anyone selling puppies, we finally received a call from a friend living in Quetzaltenango telling me that she knew a place where there were Akita puppies for sale. We didn’t hesitate and bought the dog right away, my friend didn’t own a car so I drove for 6 hours to get there and finally meet the puppy. It was the cutest thing I’ve ever seen in my life, the puppy was two months old, Gray and with white paws.
The idea at that moment was to bring the puppy back to the city and give it to my friend, She is from Wyoming, USA and she would leave Guatemala after 7 months and take the puppy with her.

I spend the day in Quetzaltenango, the next day, after another six hours driving, I was back in the city with the new member of the pack. My friend was so excited to get this new puppy. She used to spend most of the day in my house and when she couldn’t take care of the puppy she would leave the puppy with me so I was near the puppy almost everyday and I got to love him so much.

Unfortunately the plans changed for my friend and she would have to leave Guatemala much earlier, we started getting all the puppy papers in order. We didn’t have much luck, the day of the flight was too hot for dogs to fly according to the airline so the puppy couldn’t leave.
The dog stayed with me, I could have looked for another responsible owner but that was not an option to me, I really loved the dog so I decided to keep him. And that’s how I got the puppy.
It’s been 6 months since I met Lucho and about 5 since I decided to keep him as my own dog. A lot of things had changed, I had to move to a bigger house so he can have more space, I’ve read a couple books, seen some documentaries and asked some vets in order to be well informed and raise a great dog.
He is been a great friend, a great companion for life, I don’t regret at all have kept him.

I am Edwin Xico and this was the story of how I met Lucho, my best buddy and wingman, the brindle Akita.

I’m Xico, and I like to do a lot of things…from reading novels and classic poetry to skating, from having a good time cooking for dinner to watch full seasons of TV series eating only fast food. Unfortunately you grow as a person as well as your obligations and you realised there is not much time left to spend on every single thing you like and still succeed, so I chose to focus on the four things I like the most and those for topics are the ones leading this blog. They are:

1. Computer Science: I’m an engineering student, It’s amazing the amount of technological tools that arise every day, I am specializing in web application development, but I also like development for mobiles.
2. Entrepreneurship: I’m very conscious about my function in my community and in the society in general. This motivates me to look for ways to succeed and to find ways how to support in a positive way the well-being and the development of my family and the social development in general. That’s why I decided to continue to study a field at the university that allows me to promote the development of the society based on technology and science. By this, I could awake in my family and my community, the desire of being part of the change of the society with a better lifestyle; social entrepreneurship is one of the ways I like to support.
If you share that feeling or you have an idea and you need someone with expertise in internet or software development do not hesitate to contact me.
3. Animals: My family and I love animals, my sister owns 4 turtles and 2 Holland rabbits. I have a 29 gallon tank, it is a freshwater planted aquarium with 16 fish of 7 different spices and I just adopted a dog, my best buddy n wingman Lucho a brindle akita. You will be seeing videos or pictures of all these beautiful creatures.
4. Music: Almost all my relatives know how to play at least one song on a guitar or piano, It’s like a family thing. I like to play guitar and I just started to learn how to play piano. On my YouTube channel there’s proof of all that.
So those are the main topics that will lead my blog, I also like to meet new people so feel free to write a comment, email me( [email protected] ) or follow me on the social networks, we may have the chance to meet or work together.
The ones I use the most are: twitter: @XicoOfficial | Instagram: @XicoOfficial | YouTube: YouTube.com/XicoOfficial | LinkedIn: linkedIn.com/in/XicoOfficial | Facebook: facebook.com/XicoOfficial.     But you can also find me on Vine, MySpace, Flickr n many others as: Edwin Xico (XicoOfficial) Check the links at the top of the blog! 🙂
Thanks for spending some of your time reading my blog, I hope you have found something interesting.
Edwin Xico
Student / Entrepreneur
[email protected]
http://www.XicoOfficial.co
14.6088131-90.4867458